In order to accomplish mitigation requirements, PGE designated two of their wetland properties (North Fork and Davis Ranch) to be expanded and enhanced. Both sites were once industrial areas, but due to beaver influence, portions became wetland systems. The North Fork site was previously a logging mill facility and Davis Ranch was once a homestead for railroad and pipeline construction in the early 1900’s. During excavation to expand areas with wetland hydrology, AC practiced a low impact construction approach to protect the sensitive ecological system.

AC excavated over 7,500 CY of soil. The removed soil could not support plant life due to heavy compaction, rock content, heavy clay and buried industrial waste materials. In order to accommodate plant and seed success, AC imported 2,000 CY of topsoil. Habitat logs and snags were installed to promote biodiversity. Control logs were placed in to prevent scour and to insure that the hydrology of the sites remained as designed. Since the beavers were no longer active at the North Fork site, AC reinforced the remnant dam with boulder, cobble, logs and organic materials. Blackberry and invasive weed species were cleared from planting zones. AC planted the site with over 2,500 native plants in the wetland and upland locations. Additionally, willow plants in adjacent areas served as the source for harvesting additional cuttings used for revegetation. 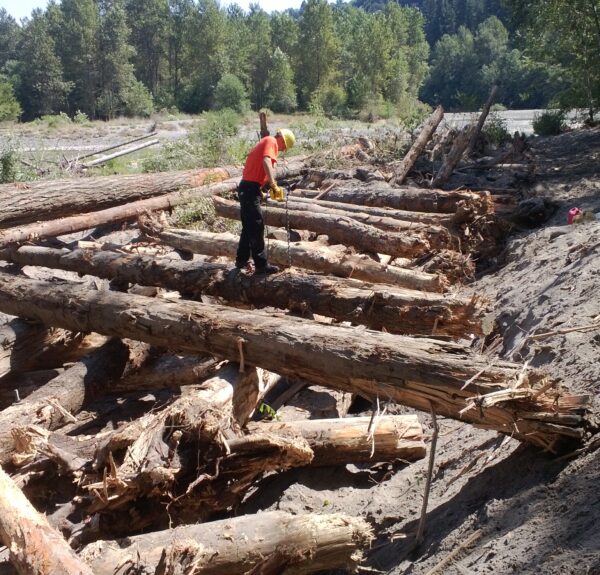